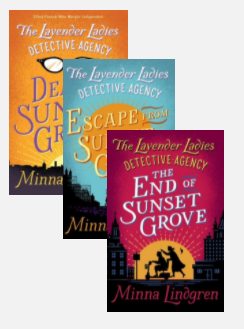 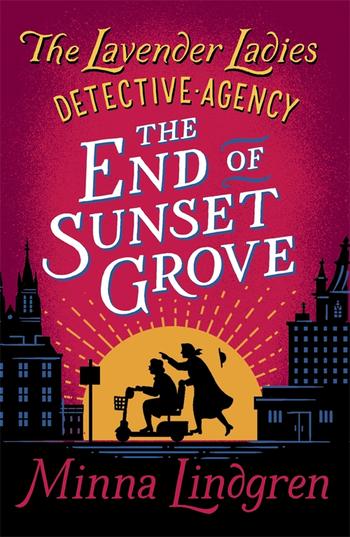 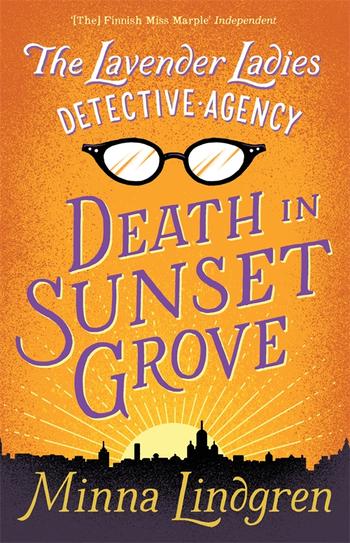 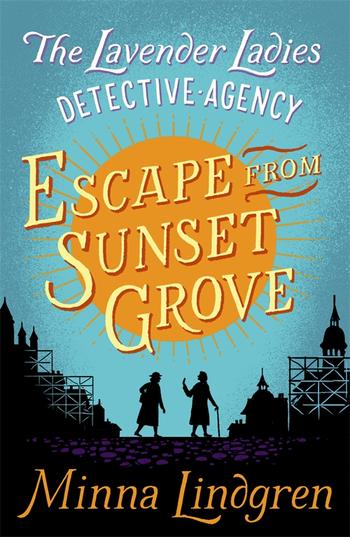 We are extremely happy to announce a new deal for Minna Lindgren’s  SUNSET GROVE cozy crime trilogy!
Enalios in Greece has now pre-empted all 3 titles in the series!

Just in a few weeks, the Hungarian publisher Kossuth, Lithuanian publisher Obuolys, Latvian publisher Petergailis and Yedioth Books from Israel acquired titles in the series. The FILM & TV RIGHTS have been sold to Aurora Studios.

PRAISE FOR THE SERIES

Lindgren perfectly captures the universal confusions (Siiri and Irma attend the funeral of the wrong person) and uncertainties of old age (how many of their friends will still be alive in a week to attend a reunion luncheon?) in the service of a captivating plot. Readers will eagerly await the sequel.
– Publishers Weekly, United States

Death in Sunset Grove is a feel-good novel that makes you think. Lindgren writes about serious matters, like the care of the elderly, using satirical humour to great effect and in Death in Sunset Grove she manages to produce a very funny detective story starring two elderly ladies with the combined age of about 180 and Miss Marple-esque tendency to solve crimes.
– Dublin Literary Award longlist, Ireland

We are happy to let you know that FILI translation grant application period is still ongoing all week and will end on 1st of November! The grant can cover up to 70% of your Finnish/Finland-Swedish translation project.