We are very happy to announce that Editura Univers has acquired Romanian rights to Tuutikki Tolonen’s Monster Nanny (Tammi 2015), illustrated by Pasi Pitkänen! Among other titles published by Editura Univers are Sophie’s World by Jostein Gaarder, The Help by Kathryn Stockett and Maresi by Maria Turtschaninoff.

Rights were previously sold in Spanish and Catalan to La Galera, in German to Carl Hanser Verlag and in Estonian to Tiritamm.

“Monster Grah and his human friends are funny, touching and unforgettable. Their worlds should enchant parents and children alike and appeal to kids everywhere on the planet. We hope Monster Nanny will become a classic, a must-have in homes with children in Romania.”
– Editor Diana Crupenschi, Editura Univers

Book I in Tolonen’s middle-grade duology will be published in Finland by Tammi this fall. Book 2 will follow in the fall of 2016. Contact the Agency for an English sample of Book I!

A blend of Where the Wild Things Are, Mary Poppins and My Neighbor Totoro, Monster Nanny tells the story of a contemporary family whose daily routines are turned upside-down when a hairy, swamp-smelling creature said to be specializing in childcare shows up at their doorstep.

Tuutikki Tolonen (b. 1975) is the author of several acclaimed children’s books as well as plays and academic articles. She teaches creative writing and works as an editor and reporter at Vinski, Finland’s only literary journal for children.

Illustrator Pasi Pitkänen (b. 1984) has become known for his warmly absurdist and richly detailed work on several children’s books. He has also worked at Rovio Entertainment as an illustrator, character designer and graphic designer. 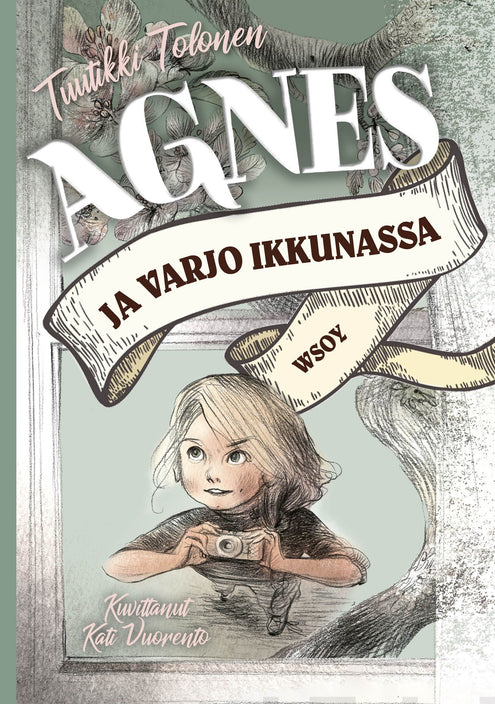