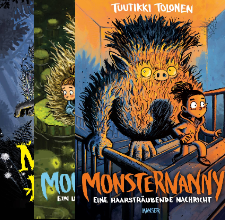 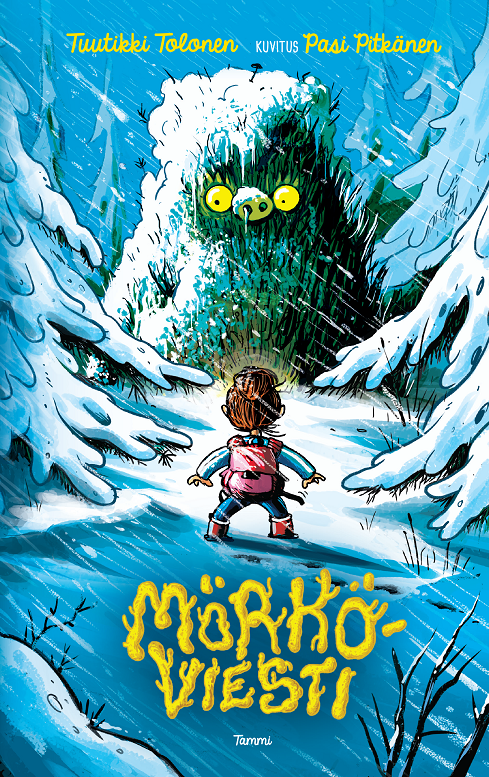 We are really excited to let you know that Rosman from Russia has acquired bind-up edition rights for the Tuutikki Tolonen’s Monster Nanny series. All of the three Monster Nanny titles will now also be available in Russia in a single book!

The series has now 31 publishers around the world and a feature film in development by Scott Free Productions.
The rights are still available in the UK, Japan, Bulgaria, Greece, Serbia, Slovakia, Iceland, Croatia, Israel etc.

The three books are all illustrated by Pasi Pitkänen.

PRAISE for MONSTER NANNY:
I was fascinated by the characters who were taking matters into their own hands and getting over their difficulties. The setting of Nanny Monster is enough to interest children, and the unique setting inspires courage and wisdom in children. I am sure it is a must-read book for parents who make their children enterprising as well as for their children. – Jang, Sunhee, President of Seosawon, South Korea.