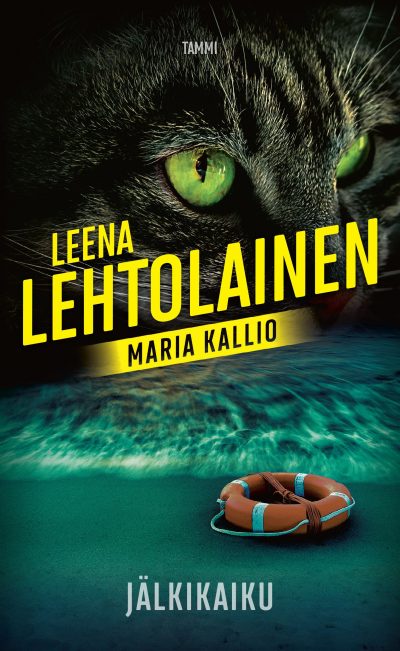 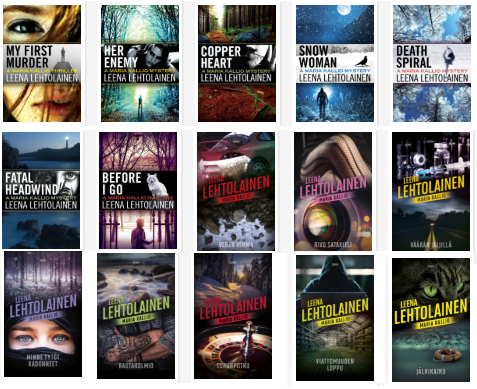 We have excellent news for crime fiction enthusiasts around the world!

The title is already #1 most requested title in Finnish libraries and just received an amazing five-star review from Finland’s biggest daily Helsingin Sanomat.

“RIPPLE EFFECT is a familiar and persuasive crime novel in which the author appropriately describes the private lives of her main characters and examines the refugee issue and the difficulties of transgender people in the world on an equal footing;

“At the end of the novel, humanity and its diversity are defended in a beautiful way.”

Ask for English materials of RIPPLE EFFECT by clicking here.

Detective Maria Kallio is getting ready for her daughter’s graduation when her cat brings her a human ear. She takes it to the forensic lab and doesn’t think any more of it. Maria and her team are assigned to investigate a rape of a young woman when things start to heat up.

The accused rapist is a young man with an immigrant background, which causes a lot of racism and heated discussions in the papers and media. Angry fathers are organizing a street patrol to keep their daughters safe, and when Rahim is released from the police station, his safety is not guaranteed.

Maria and her team are working to solve a new case, but online trolls are targeting them and doing everything to distract them. But when Maria is almost killed by an earless driver, it makes her wonder if all the harassment is related to the case, or could it be something more personal?

Maria Kallio series has sold over 2 million copies worldwide, and there is a TV Series in development.

The bestselling Maria Kallio Series, which has brought an enthusiastically received female perspective to the male-dominated detective genre through its distinctively down-to-earth heroine Maria Kallio.

Ask for Maria Kallio series rights in your territory!

Leena Lehtolainen is Finland’s bestselling female crime writer and created her successful protagonist, detective Maria Kallio, in 1993. Having already featured in 16 novels and a complete TV series, Maria Kallio is ready for a fresh launch in a TV series coming in fall 2021. Lehtolainen’s novels have been translated into 29 languages and have sold over 2.5 million copies worldwide.

In her free time, Lehtolainen enjoys all kinds of music from 70’s punk to Schubert and Bach – just like Maria Kallio, the heroine of Lehtolainen’s crime novel series.

And just like the events in Bodyguard, a trilogy that takes the heroine Hilja Ilveskero all around Europe, Lehtolainen’s own work takes her to book festivals, exhibitions and other events across the globe. Leena Lehtolainen is Finland’s bestselling female crime writer and created her successful protagonist, detective Maria Kallio, in 1993. Having already featured in 16 novels and a complete TV series, Maria Kallio is ready for a fresh launch in a TV series coming in fall 2021. Lehtolainen’s novels have been translated into 29 languages and have sold over 2.5 million copies worldwide.

The Eye of the tiger