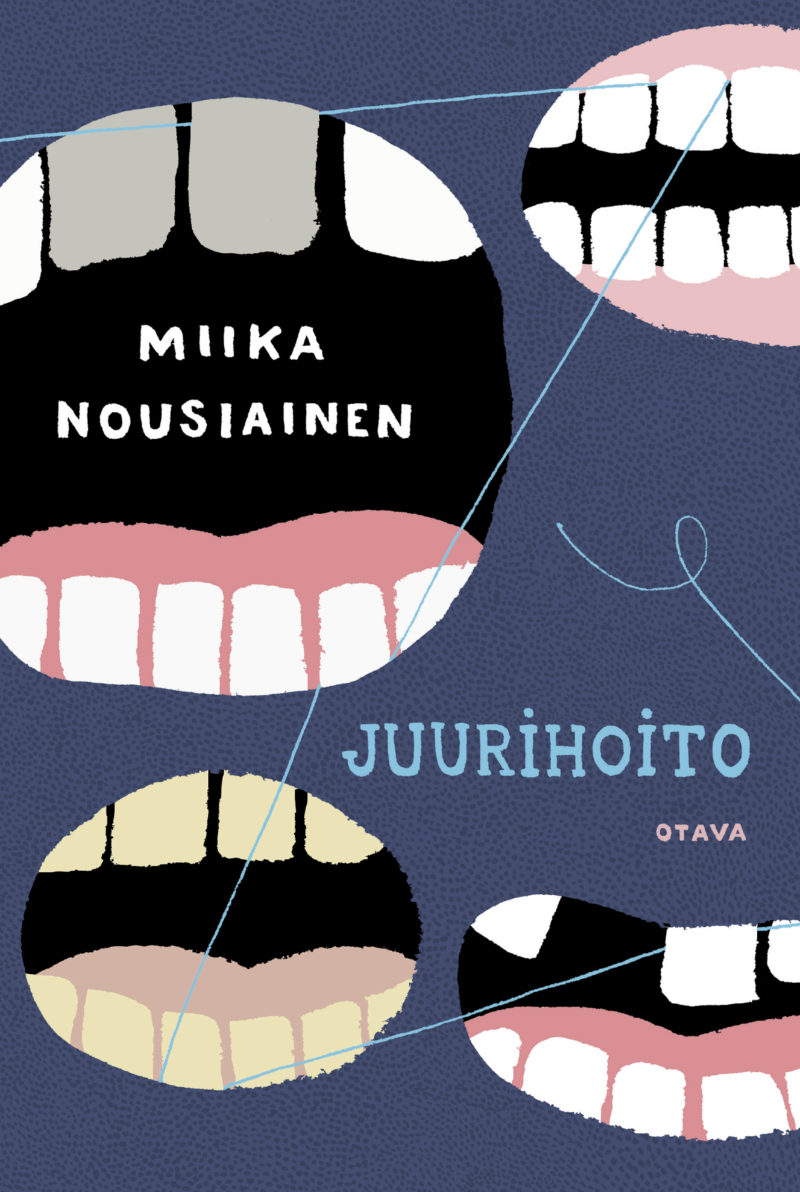 We are very happy to report that Roots (Otava, 2016), Miika Nousiainen’s humorous novel about family and dentistry, continues its domination at the top of Finland’s bestseller list, with a massive 44,700 copies in circulation since its fall 2016 publication! Foreign rights started being snapped up pre-publication, with a total of six territories sold to date.

“Roots’ undoubtable trump card is its incisive and genuine yet stylized cast of characters that create a microcosm: in essence, a portrayal of humanity and mankind.” – Keskisuomalainen newspaper, Finland

“A comedian’s devices in full use.” – Aamulehti newspaper, Finland

“Roots is both psychologically and philosophically well thought-out literature and, best of all, it’s very funny.” – Turun Sanomat newspaper, Finland

“Nousiainen weaves human life and the dental glossary together so well that I laughed out loud many times. Sometimes, the best thing in life is a well-timed anaesthetic.” – Eeva magazine, Finland

In crime and thrillers, Finland’s top crime author, Leena Lehtolainen’s newest addition to her ‘Bodyguard’ trilogy, The Eye of the Tiger (Tammi, 2016) entered the bestseller list in 2016 with an impressive 17,300 copies sold.  The Eye of the Tiger is the fourth title in the ‘Bodyguard’ series, which follows the adventures of New York-trained bodyguard, Hilja Ilverkero.