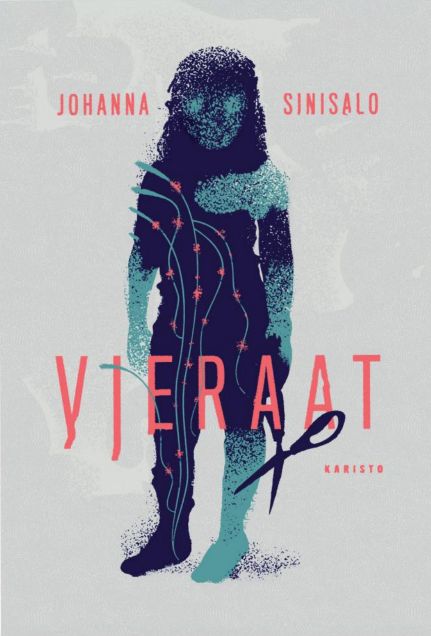 Johanna Sinisalo’s new novel STRANGERS INSIDE was published in Finland a few weeks ago. The novel combines family drama, horror and science fiction into a stylish mix of genres – compared to Rosemary’s Baby and Stephen King. Strangers Inside has already gathered amazing reviews:

Sinisalo has a wonderfully felicitous way of describing the slide from normal to weird. The internal dynamics of the family acquire ugly new features; the tensions grow as the strange events unfurl.

Stylish body-horror without any clichés. It is extremely relatable, as we all have bodies after all. This could almost happen to anyone of us. A human body has still some unknown elements – strangers inside.
– Five-star review from Turun Sanomat daily paper, Marissa Mehr 5.5.2020
Strangers Inside is classic horror updated! The tension grows beautifully and the horror seeps into the story nice and slow. It is a fresh and brilliant story that is both current and timeless.
– National Horror Competition Jury

About the book:
The marriage of Siiri and Essi is already going through a rough patch, but when their 6-year-old daughter is caught cutting herself with scissors, their family-life is thrown upside down. What could cause such a young child to something like that? Is there someone – or something – telling her to do so? The parents turn against each other while trying to find an outsider to blame, but sometimes the true threat comes from inside…

You can listen to Johanna Sinisalo’s interview (in Finnish) here: https://areena.yle.fi/audio/1-50485050