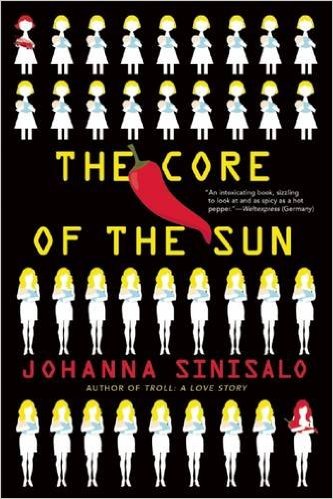 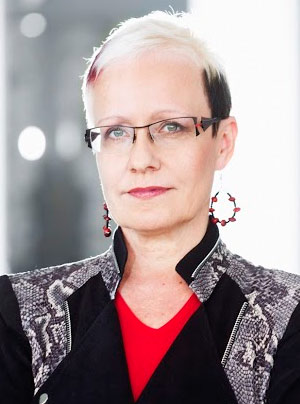 We are happy to announce that Johanna Sinisalo’s The Core of the Sun has been sold to Latvia to Petergailis Publishers. The rights are now sold in 5 territories! This story of “sex, drugs and bureaucracy” was recently published in France and U.S. to great reviews:

”The novel builds a fascinating story centered on gender politics.” –The Washington Post

”It’s that odd juxtaposition of the purely sensual with the satirically absurd that helps make The Core of the Sun the most original, unsettling, and weirdly comic dystopia that I’ve seen in some years.” – Locus Magazine

The novel is a captivating and witty speculative satire of a Handmaid’s Tale–esque welfare state, called the Eusistocratic Republic of Finland, where women are either breeders or outcasts, addicts chase the elusive high of super-hot chili peppers, and one woman is searching for her missing sister.

Click here to request the English edition of The Core of the Sun!

Johanna Sinisalo (1958) is one of Finland’s most successful and internationally acclaimed authors. Praised by readers and critics alike, she has won several literary prizes, among them the Finlandia Prize in 2000 and the James Tiptree, Jr. Award in 2004. Johanna Sinisalo has been nominated for the Prix Escapades 2012, the Tähtivaeltaja (“Star Traveller”) award in 2014 and the Nebula Award in 2008. Her works have been translated into 19 languages.

Troll, AKA Not Before Sundown