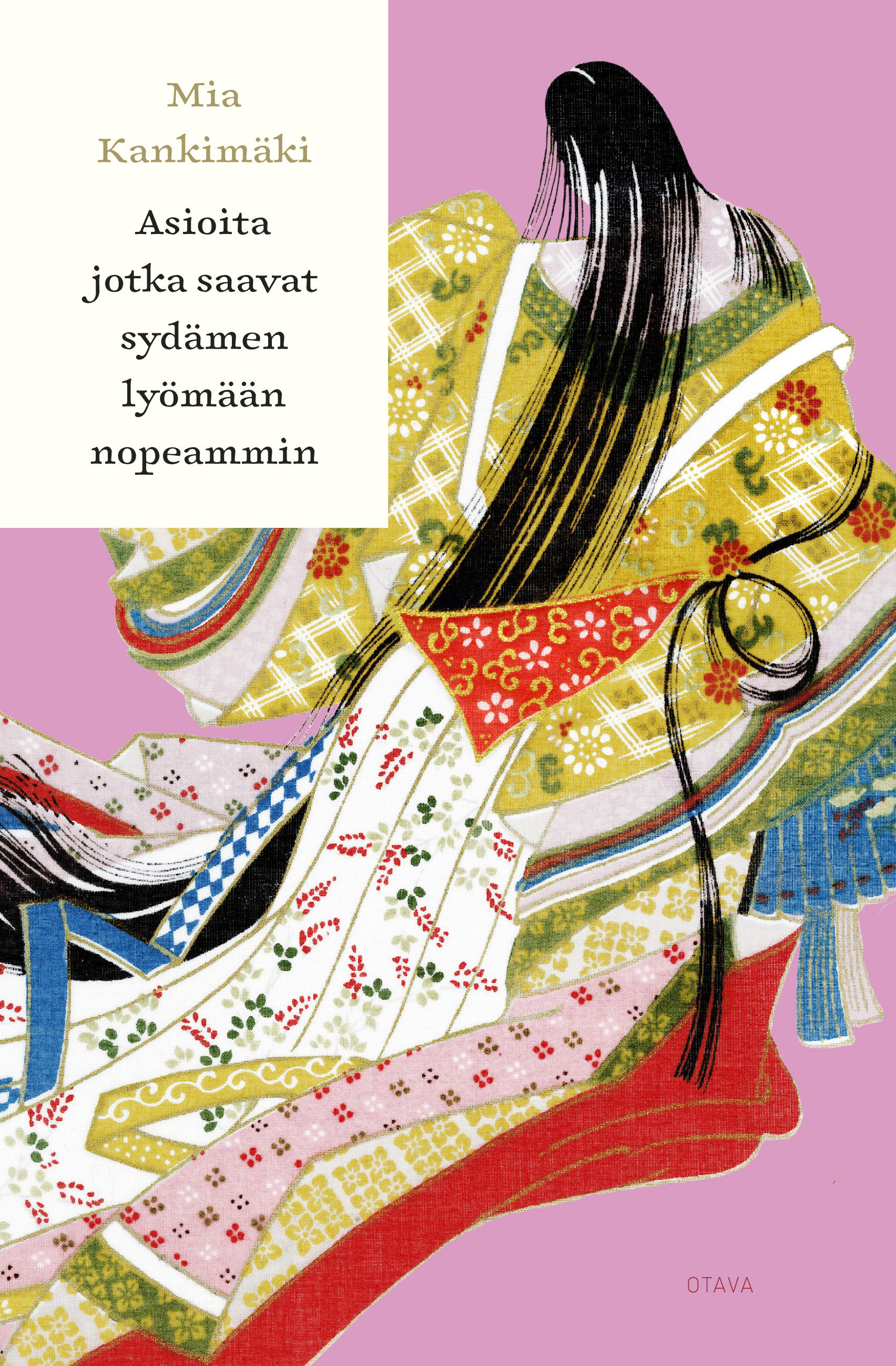 Finnish author Kankimäki profiles in this astute, entertaining work 10 daring female writers and artists who took risks in their quest toward fulfillment. …/ Along the way, Kankimäki, a spirited narrator, highlights her own travels—to Tanzania, Italy, Japan—and shares advice. This insightful book will appeal to adventure enthusiasts and be an inspiration for those with an eye on hitting their stride later in life.”
– PW

The Women I Think About at Night is the perfect book for the time-being, pure escapism: Mia Kankimäki blends travelogue, memoir, and biography as she recounts her enchanting travels in Japan, Kenya, and Italy while retracing the steps of ten remarkable female pioneers from history. The Women I Think About at Night will be published in the US in November by Simon & Schuster. Translated by Douglas Robinson. Rights have been sold in 16 territories and counting.

About the book:
Have you heard about Artemisia Gentilleschi, Lavinia Fontana or Nellie Bly? The Women I Think About at Night follows in the footsteps of 10 historical women, who did what was impossible for women to do in their own times: travel the world or create a career as an artist. And these women were quite successful: some of them actually became celebrities of their own time! So why have they been forgotten by the history books? Finnish writer Mia Kankimäki sold her house, packed her suitcase and traveled the world to find out. Warning: May cause strong case of wanderlust!

Mia Kankimäki is also known for her earlier narrative nonfiction Things That Make One’s Heart Beat Faster, which has sold over 40,000 copies in Finland and won numerous awards including the best travel book of the year and Helmet Library Award.

A narrative non-fiction about a Finnish writer’s trip to Japan to look for her soul mate – who lived over 1,000 years ago.

Mia Kankimäki embarks on an adventure and travels to Kyoto to research Sei Shonagon, a Japanese writer and lady-in-waiting who wrote about her life in the court of Heian era Japan. Mia doesn’t speak a word of Japanese, and isn’t quite accustomed to scientific research, but her endeavor produces the most wonderful book about Japan, Sei Shonagon and a middle-aged woman’s solo travels.

Despite her struggles and initial culture shock, Mia finds herself mesmerized by temples, cherry blossoms, kabuki theater, Zen meditation and tearooms. She reads the Pillow Book of Sei Shonagon and finds a soul sister: a modern woman who loves making lists of all things charming, annoying, elegant and things that make one’s heart beat faster.

The Women I Think About at Night

Mia has been enthusiastic about Japanese culture for years, and is a qualified ikebana teacher of the Sogetsu school. Her first book Things That Make One’s Hear Beat Faster took her to Kyoto where she has spent long periods of writing and making research ever since. Kankimäki’s second book The Women I Think About at Night has sold over 45,000 copies in Finland and the translation rights have been sold to 17 territories, including USA and China.