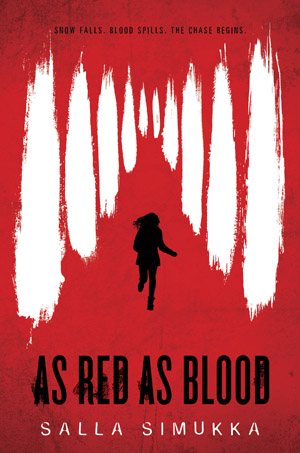 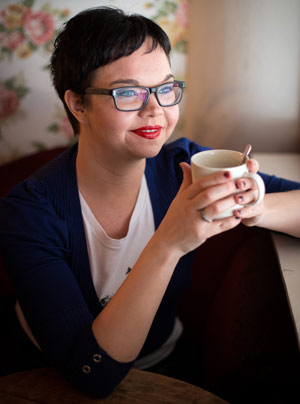 We are absolutely thrilled to announce that we have lined up a production company in Hollywood and signed a U.S. publishing deal with the giant Random House’s Crown Books imprint for Salla Simukka. Breaking news announced at Cannes Film Festival, read more here.

Zero Gravity Management in association with Elina Ahlback Literary Agency will produce an English-language film adaptation of  Salla Simukka’s  Snow White Trilogy, which has sold in more than 52 territories including the U.S. Eric Williams from Zero Gravity Management joins producer Gudrun Giddings on the franchise as producer, alongside Salla Simukka. Zero Gravity recently produced the critically acclaimed Beasts of No Nation and The Accountant, starring Ben Affleck and Anna Kendrick which will be released by Warner Bros in October 2016.

The Crown Books for Young Readers, imprint of Random House Children’s Books has acquired and will newly publish Salla Simukka’s AS RED AS BLOOD trilogy in hardcover, beginning in January 2017. The second and the third book in the trilogy, AS WHITE AS SNOW and AS BLACK AS EBONY, will follow in Fall 2017 and Summer 2018 respectively.

“Salla Simukka’s AS RED AS BLOOD trilogy is absolutely riveting, and I was immediately drawn to Simukka’s distinctive voice, edgy perspective and atmospheric writing,” says Phoebe Yeh, VP, Publisher, Crown Books for Young Readers. “We are thrilled to be the new publishing home for Salla here in the U.S. and to extend the reach of her series even wider.”

“Salla Simukka is the next star author from Scandinavia and has already been compared to the likes of JoNesbø (Headhunters, The Snowman) and Stieg Larsson (The Girl with the Dragon Tattoo) says producer Gudrun Giddings and continues by saying how excited and fortunate she is to be able work on this international franchise feature film trilogy.

“This is a major step in my career, and I could not have imagined something like this to happen even in my wildest dreams.” says Simukka, who is currently working on her new middle-grade fantasy book Sisterland (Tammi 2016).

Contact the Agency for more info, interview requests, and English language reading material for The Snow White Trilogy (Books I-III) and Sisterland (a synopsis and a reading sample)!