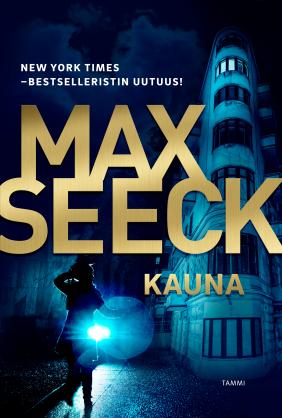 We are thrilled to announce that New York Times bestselling author Max Seeck’s 3rd Jessica Niemi thriller BAD BLOOD has been acquired by his Dutch publisher A.W. Bruna! The deal was closed by Sten-Erik Tammemäe at Elina Ahlback Literary Agency.

BAD BLOOD was published in Finland last September to great reviews and is already a huge bestseller in Finland with more than 34,000 copies sold in all formats! With the Netherlands, BAD BLOOD has now been sold to 14 territories!

Becoming Max‘ German publisher of the first two Jessica Niemi novels was an excellent idea, I think. An even better idea was to pick up novel number 3, too. This series is outstanding.
– Marco Schneiders, Publishing Director, Bastei Lübbe AG