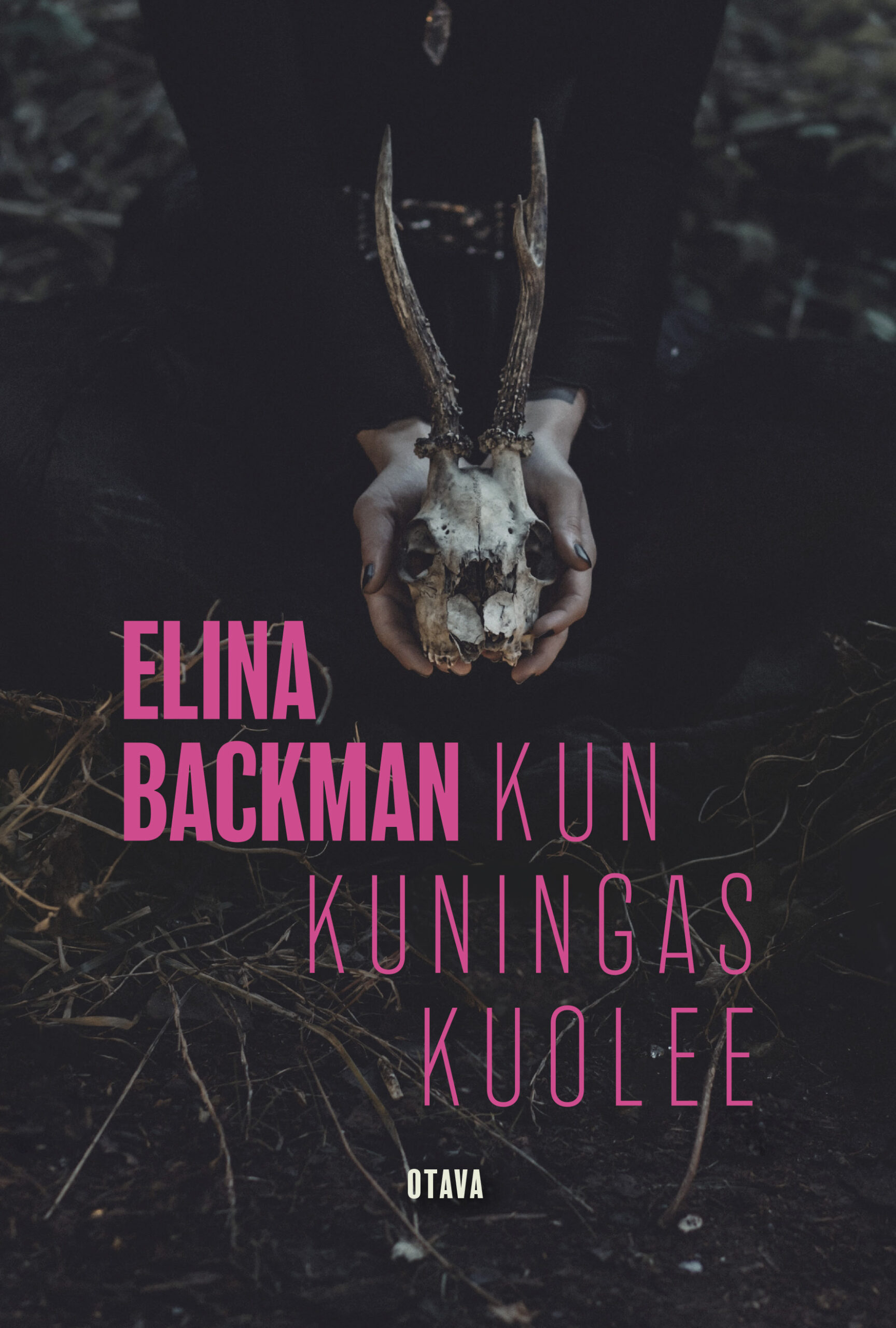 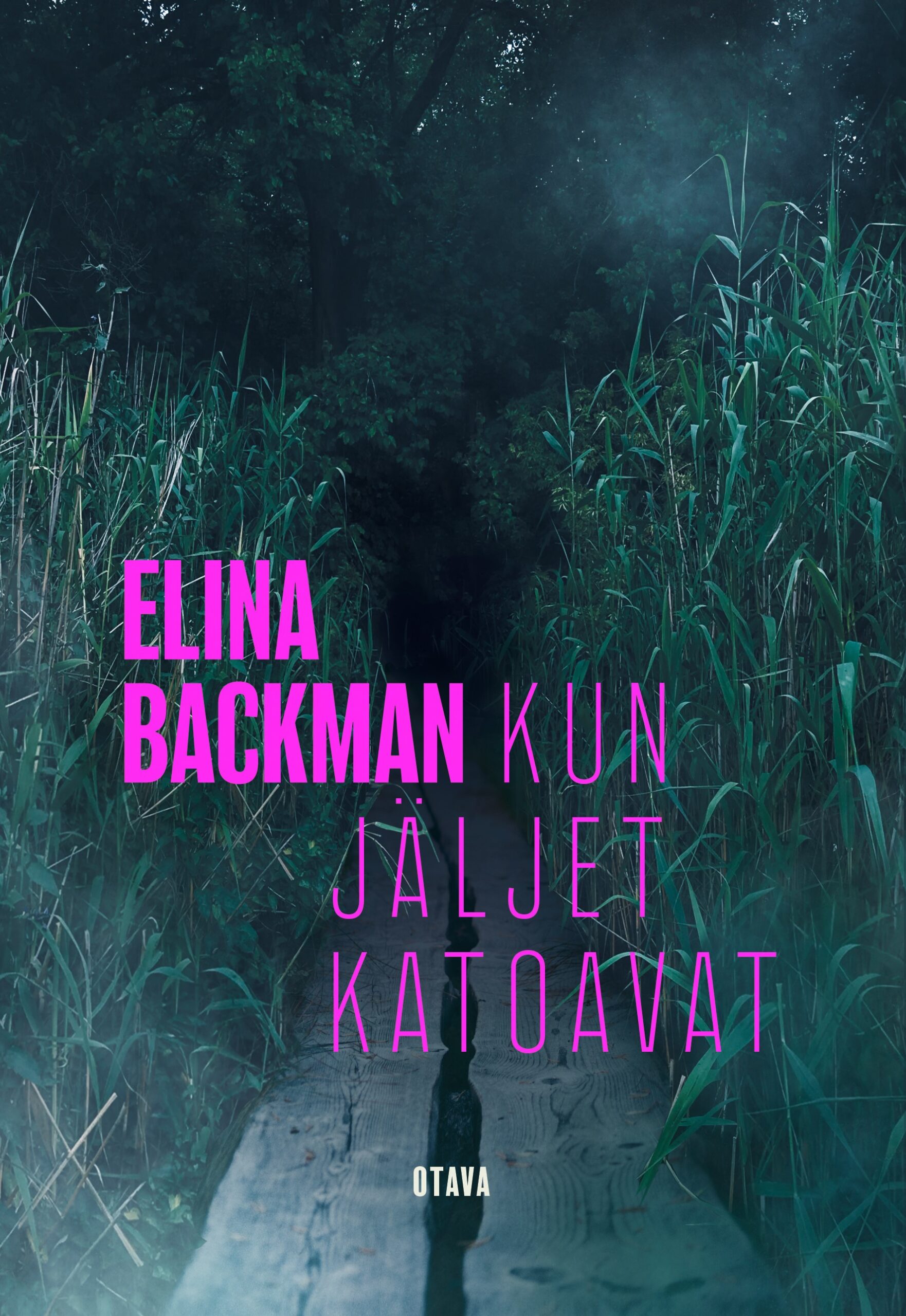 Posted on 29.11.202102.12.2021
We are super excited to see that thrillerist Elina Backman is a Finnish Literary Export Award 2021 (Tulenkantaja Prize aka the Torch-Bearer Prize) nominee with her chilling second cosy crime novel STILL WATERS RUN DEEP! The award will be presented at the Tampere Book Fair on December 4th. The winner will receive a prize of 5000 Euros and will be part of an export program provided by the Finnish literature export centre FILI.
Elina Backman has also visited Sweden in November to celebrate her nomination for Best translated novel of the year 2021 with her first novel ALL THE KING’S MEN. The competition is a yearly feat organized by Swedish Crime Writers’ Academy (Svenska Deckarakademin). 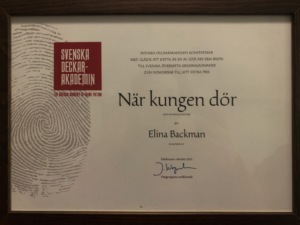 The picture here shows the diploma from Sweden in which Svenska Deckarakademin confirms that “När kungen dör is one of the five BEST TRANSLATED CRIME NOVELS of 2021”.

ALL THE KING’S MEN

Saana and Jan continue working on their own cases until their paths cross – for more than one reason.

Is evil lurking beneath the calm waters? Still Waters Run Deep is an awaited sequel to the bestselling All The Kings Men!

Three young men are making a documentary film about a mystical hermit, living in the Isle of Sheep in Helsinki. First one of them disappears, then another one. When one of them is found dead in the nearby nature reserve, the police becmes involved.

Saana Havas, recovering from burnout, hears that her  colleague’s younger brother has gone missing and decides to set up a true crime podcast to help with the search. Meanwhile, police commissioner Jan Leino and his team are investigating the disappearance and possible murder of the documentary makers.

When young men disappear and die, it’s ofter regarded just an accident. But could it be that someone is actually hunting for them?