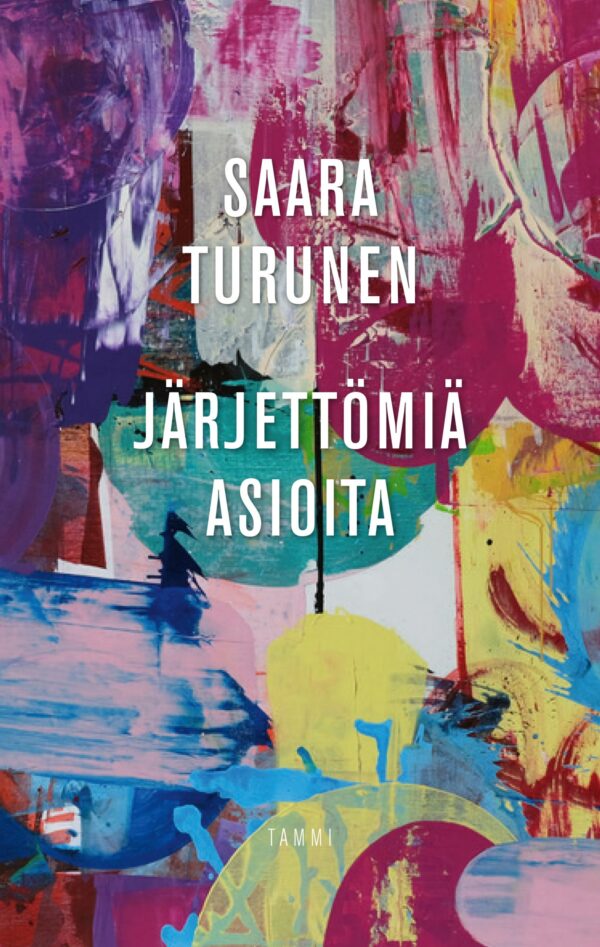 We are extremely happy to announce that Saara Turunen’s IRRATIONAL THINGS has now been acquired by BALTO in Lithuania.

The literary fiction title is an autofictive story of love, death and life between two countries – Spain and Finland. Turunen’s funny, witty and melancholic voice examines the contradiction of sense and sensibility.

The extraordinary title will be published in March 2021 by Finnish publisher Tammi.

We are honored to be the first foreign publishers of this masterly Work by Saara Turunen. We believe that its subject is a matter of great relevance in the face of the modern life-style and the readers will relate with and feel for the main heroine.

The narrator travels to Barcelona to study theatre. After a few weeks she falls in love with a local man. Thus begins an intensive relationship that tears her between two countries and two cultures. She learns that relationships are between two individuals who have their own ways of expressing love to others and to themselves.

Turunen’s novel paints a relatable picture of relationships, breakups and the constant battle between fear and love. It is a beautiful picture of a woman growing up and trying to balance between social expectations, commitment and freedom.

Saara Turunen is an internationally acclaimed award-winning author, playwright and director. She is known for her bold and direct style and much of her work examines the themes of identity and social norms. Her forthcoming novel Irrational Things (Spring 2021) is a story of love, death and life between two countries.

Turunen has previously authored two highly acclaimed novels, Love/Monster 2015 and The Bystander 2018. Her debut novel Love/Monster won the Helsingin Sanomat Literature Prize in 2015. In addition to her work as a novelist, Turunen is also known for her plays. They have been translated into 13 languages and performed all around the world. Turunen was granted with the Finland Prize in 2016, a high profile award given by the Finnish Ministry of Education and Culture, and with the City of Helsinki’s The Artist of the Year Award in 2018.

Saara Turunen is an internationally acclaimed award-winning author, playwright and director. Much of her work examines the themes of art, identity and social norms. Turunen is known for her three highly acclaimed novels - Irrational Things (2021), The Bystander (2018) and Love/Monster (2015), but also for her work in theatre. Her plays have been translated into 15 languages and performed all around the world. Turunen was awarded with the Helsingin Sanomat Literature Prize in 2015, with the Finland Prize in 2016, with the City of Helsinki’s The Artist of the Year Award in 2018 and with the Lea-Prize in 2020, all high-profile awards given in Finland.

Her latest novel Irrational Things (2021) became an immediate bestseller and a critical darling. It has already sold over 20,000 copies in Finland.

IRRATIONAL THINGS has now sold over 10 000 copies in Finland!

First rights for IRRATIONAL THINGS by Saara Turunen sold to BALTO in Lithuania!

The Bystander by Saara Turunen sold to Sweden