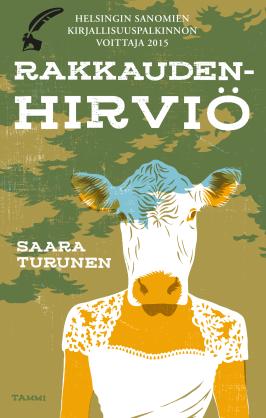 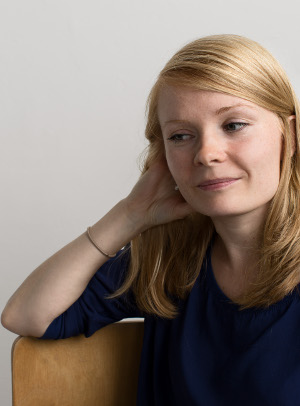 Author and director Saara Turunen has been recognised by the Finnish government for her contribution to culture today! The annual Finland Prize is granted by the Ministry of Education and Culture to eight recipients in recognition of their work – spanning music, literature, art and architecture. Alongside Saara, this year’s recipients also included singer Saara Aalto, and author Sirpa Kähkönen, who all received their awards from minister Sanni Grahn-Laasonen.

Saara’s 2015 Helsingin Sanomat Prize-winning debut novel, Love/Monster, published in paperback in October, also takes place in the theatre world and exemplifies her ability to distil the feelings and contradictions of modern life, and in getting to the heart of the matter.

Please get in touch to request reading material info@ahlbackagency.com

Saara Turunen is an internationally acclaimed award-winning author, playwright and director. She is known for her bold and direct style and much of her work examines the themes of identity and social norms. Her latest novel Irrational Things (Spring 2021) is a story of love, death and life between two countries. It has sold already over 15.000 copies.

Turunen has previously authored two highly acclaimed novels, Love/Monster 2015 and The Bystander 2018. Her debut novel Love/Monster won the Helsingin Sanomat Literature Prize in 2015. In addition to her work as a novelist, Turunen is also known for her plays. They have been translated into 13 languages and performed all around the world. Turunen was awarded with the Finland Prize in 2016, with the City of Helsinki’s The Artist of the Year Award in 2018 and with Lea-Award in 2020, all high profile awards given in Finland.