August 9th is the 100th anniversary of the birth of Tove Jansson, the creator of the Moomins. Marking this celebratory year is Dr. Tuula Karjalainen’s book, Tove Jansson – Work and Love (Tove Jansson – Tee työtä ja rakasta, Tammi 2013), which narrates Jansson’s multifaceted artistic career. Rights to the book have been sold in 10 languages. In January of 2014 Karjalainen was awarded the Lauri Jäntti Prize, given annually to the author of an outstanding work of Finnish nonfiction. The book has sold 20,000 copies in Finland.

Tove Jansson – Work and Love has thus far been published by Tammi (Finnish) and Schildts & Söderströms (Swedish) in Finland, by Heinesen in Norway, by Norstedts in Sweden, where it has sold close to 10,000 copies and garnered excellent reviews, and most recently by Urachhaus in Germany.

Later this autumn Tove Jansson – Work and Love will be published by Kawade Shobo Shinsha in Japan, by Ast in Russia, by Varrak in Estonia, by Shanghai Cai Qin Ren Culture Diffusion in China and by Penguin in the U.S and UK.

Dr. Tuula Karjalainen (b. 1942), Finnish art historian and nonfiction writer, has previously worked as director of the Helsinki Art Museum and the Museum of Contemporary Art Kiasma in Helsinki. A 100th anniversary exhibition of Tove Jansson’s work, curated by Karjalainen, will be on display at Ateneum in Helsinki until September 9th and tour in Japan from fall 2014 through fall of 2015. 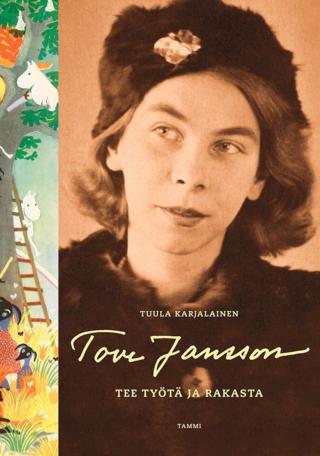 Norwegian rights to The Life and Art of Tove Jansson sold to Heinesen Forlag!

Penguin buys World English rights to The Life and Art of Tove Jansson!

The Life and Art of Tove Jansson sold in Japan, Sweden and Finland!