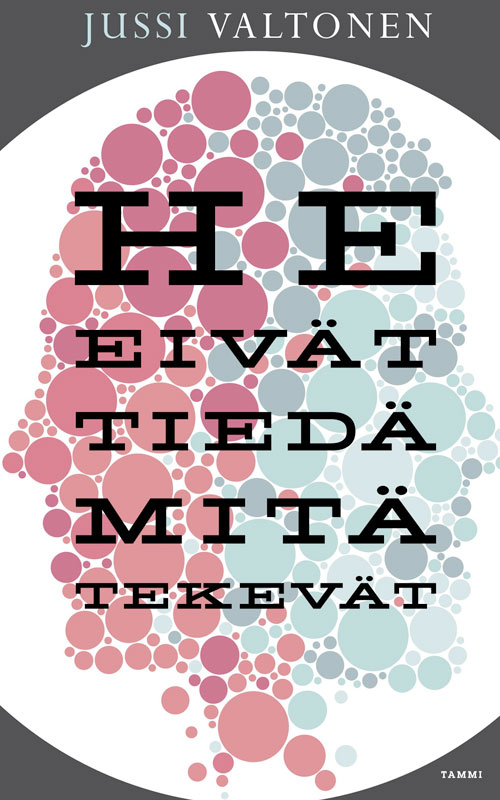 We are thrilled to share wonderful reviews for the Dutch edition of THEY KNOW NOT WHAT THEY DO by Jussi Valtonen, published by A.W. Bruna/Signatuur in Spring 2016:

“An ambitious, nuanced plea for compassion. […] It’s a strikingly unusual book, especially in these times of big data and advanced analytics […]  Underneath is a classic story of one man’s downfall […] Despite the classic subject it is also a story of our time.”  – De Standaard, Belgium

“The subject and plot are great. If you sit through 600 pages, there is a spectacular ending.” – Vrij Nederland Detective- en Thrillergids

“I have to say. This a great page-turner, in which humor and sharpness are in perfect balance. Stylistically he knows how to keep the tension high. His characters are not flat caricatures, which often is the case in satires, but real people of flesh and blood. Convincing are especially the headstrong Joe and the naïve but also slightly paranoid Alina. The themes might be heavy, but the style is light. Valtonen shows a grotesque world, but it is recognizably our world.” – Medisch Contact

“Even though it is quite a long book, the story grabs you right from the beginning.” – NBD Biblion

“Valtonen starts his big novel promising and delivers all through to the ending. […] He is a talented author – precise wording, intelligent ideas and a very strong plot – who has written a superior novel.” – Tzum.info

“If you buy They know not what they do, you get value for money.” – Boekenbijlage.nl

When Professor Joe Chayefski’s neuroscience lab in Baltimore is attacked by animal rights activists, he doesn’t connect the dots at first. But when he receives a phone call from Alina, his Finnish ex-wife, he begins to realize that the threats on his career and new family may be connected to Samuel, the son he left behind in Finland two decades ago. Samuel’s life appears having gone badly astray, and he has devoted himself to extreme animal activism. Joe has to take action to protect his wife and two daughters from his estranged son, by any means necessary.

They Know Not What They Do