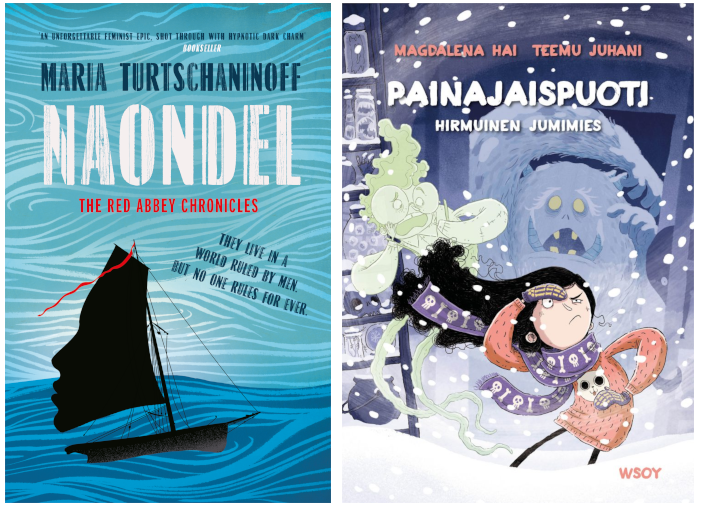 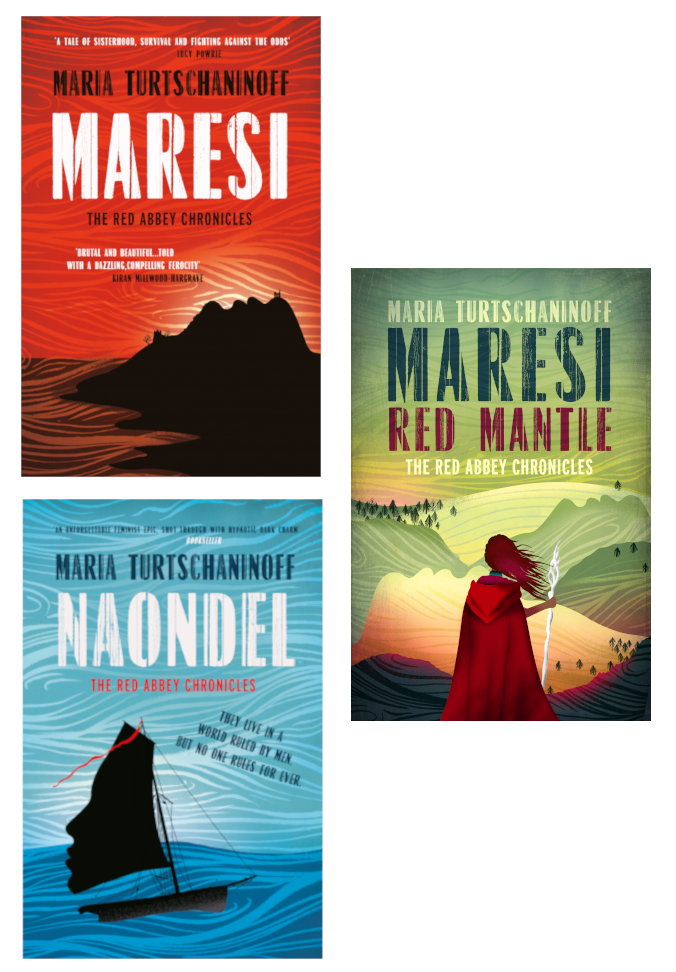 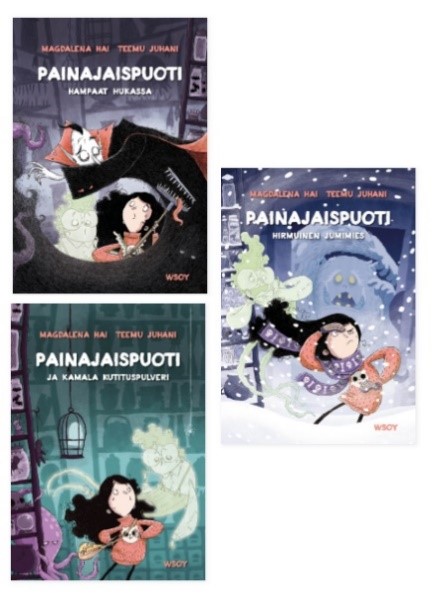 We are very excited to announce 4 new children’s deals!

In an auction, one of the leading publishers in Greece – Dioptra –  acquired rights for the whole LITTLE SHOP OF NIGHTMARES series. Odiseja in Serbia also acquired the rights for the first title in the series.

Download the Full English pdfs for all 3 titles in the series here.

Little Shop of Nightmares is a bit spooky but mostly hilarious just like the tickling powder from the book. We are super excited to present its strange but charming characters to our readers.
– Sandra Bakić Topalović, Editor, Odiseja, Serbia

This bestselling YA series has sold to already 26 territories, but the rights are still available in Russia, Czech Republic, Greece, Slovenia,  Japan, Portugal, and in many other countries. See the rights sold list on the right.

A prequel that introduces the founding sisters of the all-female Red Abbey… their interwoven stories told with unflinching clarity, rise to a vengeful climax with the glow of the red moon, and will stay with the reader long after the book is closed. […] Turtschaninoff weaves a hypnotic spell…at once contemporary and timeless.
– The Guardian

THE LITTLE SHOP OF NIGHTMARES
by Magdalena Hai, illustrated by Teemu Juhani

Nina is a is a clever, 9-year-old girl who goes to work in the Little Shop of Nightmares. During the course of the trilogy, she has to solve a mystery with tickling powder, find the lost teeth of a vampire and discover the reason why suddenly it just doesn’t stop snowing. The Little Shop of Nightmares is a mystery full of fascinating and fun characters that make young readers both wonder and laugh!

#1  THE TERRIBLE TICKLING POWDER
When Nina, 9 years old, enters The Little Shop of Nightmares in hopes of getting a job, she is
greeted by an odd sight: shopkeeper Mr. Kook is rolling on the floor, unable to stop laughing.
With a little help from a ghost called Paddy, they start looking for the untickling powder to help
him, but things are certainly not made easier by Mr. Kook’s world-domination-planning pet octopus
Squishy McGoo, who is a bit too quick about getting into trouble with rollerblades on its tentacles.

#2  MYSTERY OF THE MISSING TEETH
Nina goes to buy ice cream after her first work day at The Little Shop of Nightmares.
But at the ice cream shop she discovers a vampire – without teeth! Nina decides to help
vampire Lucas to find his teeth from Mr. Kook’s shop. But for some reason all the vampire
teeth seem to have disappeared. It seems like somebody has hidden them on purpose…

#3  STICKY THE TERRIBLE SNOWMAN
Same awesome monsters. New blizzardy trouble. The Little Shop of Nightmares is
getting buried in snow! Nina and Paddy are trying to find the cause of the snowstorm,
but that’s easier said than done. A well-meaning but horribly clumsy snowman keeps
getting in their way and stopping their every effort to stop the snowing inside.

MARESI is the first title in The Red Abbey Chronicles and an international feature film is under development by Film4/The Bureau.
MARESI RED MANTLE, book 3 in the trilogy,  was awarded earlier this month the 2020 Global Literature in Libraries Translated Book Prize, as the best translated book of the year!

The Red Abbey is a refuge for women and girls, where everyone pursues their own areas of interest. Maresi prefers to spend her time reading and learning. Everything changes when the frightened Jai arrives on the island. She has seen her sister get buried alive for speaking to a young man, and her father and a crew of thugs are after her. Maresi and her friends have to fight to defend both Jai and their community.
NAONDEL
An independent prequel to Maresi, Naondel tells the story of the First Sisters – founders of the Red Abbey. Imprisoned in a harem by a dangerous man, with a dark magic that grants him power over life and death, the women must overcome their mistrust of each other in order to escape. But they can only do so at a great cost, both for those who leave and those left behind.

The third book is an epistolary novel that follows Maresi after she leaves the Red Abbey to establish a school in her oppressed home province of Rovas. The return to her Northern home, and fitting in, is not easy even with all the knowledge she’s bringing with her, but she is determined to triumph over the difficulties. However, she does not need to make it alone, for life has yet another surprise in store: love

Rights sold or the series: