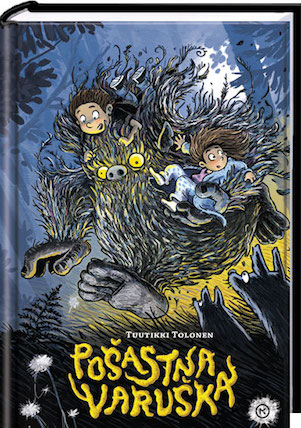 “Monster Nanny has added another unforgettable nanny to the army of nannies all around the world, following the famous predecessors like Mary Poppins and Mrs Doubtfire. This time, however, the story is even better with a blend of realism and (a lot of) fantasy. It’s odd and funny enough to keep the young readers’ attention and enthusiasm for reading, but familiar enough not to slip out of their hearts without leaving some warmth.”
– Tran Le Thuy Linh, Editor, Nha Nam Publishers, Vietnam

Monster Nanny, the first volume of Tuutikki Tolonen’s bestselling duology about three children who get a monstrous babysitter for the summer, has been sold to 21 territories to date, with a Hollywood adaptation by Scott Free Productions in development.