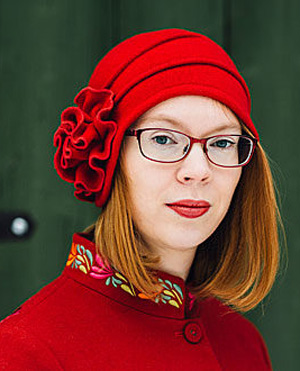 Congratulations to Maresi and Naondel author, Maria Turtschaninoff, who has been awarded the most prolific Finland-Swedish cultural prize! The €20,000 prize is awarded annually to one individual in recognition of their extraordinary contribution to education and culture by the The Swedish Cultural Foundation in Finland.

“Maria Turtschaninoff, author and legendary writer, has created worlds where songs of nature, the spirits of the worlds and girls’ strong voices are woven together to magnificent stories of the ancient and timeless.

Maria’s lyrical language guides the reader along paths lined with amazing creatures as well as topics and issues that clearly reflect in everyone’s reality-love, sibling, identity, and dare to go there no-one else gone.” said the Foundation.

Rights to Maresi and the Red Abbey Chronicles have been sold to 21 territories, and it is being developed into a film by Film4.