Since its publication in August, Riina Katajavuori’s The Ladies of Seven Brothers (Wenla Männistö, Tammi 2014) has drawn plenty of attention from readers and the media. Helsingin Sanomat, Finland’s largest newspaper, called the novel “a landmark event in Katajavuori’s career and a major breakthrough,” and many critics and bloggers have referred to it as one of the year’s best.

Inspired by Finland’s most famous literary work, Aleksis Kivi’s Seven Brothers (1870), The Ladies of Seven Brothers is a satirical and spirited depiction of youth, motherhood, and of growing up in modern-day Helsinki.

Recent critical praise for The Ladies of Seven Brothers:

“Katajavuori truly gives Seven Brothers a modern-day spin and gives a voice to the women: the awfully wonderful chick, Wenla, whom all of the Jukola boys desire; the mother of the “Juko Bros,” Alli Jukola; as well as sauna attendant Kajsa Rajamäki and Merja Männistö. Katajavuori describes motherhood with great skill, with both gentleness and realism, through the words of Alli Jukola. She shares stories of her life and her sons born from different fathers. A love letter to Aleksis Kivi, to mothers, to sons and to daughters – and to fathers who left.”
– Oma Aika magazine, Finland, editors’ recommendation of the fall’s most interesting books

“Bold and daring…in her depiction of motherhood Katajavuori is achingly perceptive. The book shows these boys growing into men through the eyes of their deceased mother Alli Jukola. [Their growth is] so closely observed that a reader is both fearful and aware that she is looking at her own future…this is also a playful book. It depicts darkness underneath a light surface, asks big questions and expresses rambunctious joy.”
– Ilselä Literature Blog, Finland

“One of this year’s surprises. A valiant, dark horse. Katajavuori’s storytelling overflows, whirls and bubbles. It’s hilariously full of life while crystallizing something essential about womanhood and motherhood. Although the seven Jukola brothers hog the spotlight, The Ladies of Seven Brothers is, above all, a women’s story. An unbelievable ride! Highly recommended!”
– Rakkaudesta kirjoihin (“For the Love of Books”) literature blog, Finland

“The Ladies of Seven Brothers really spoke to me. I loved the colourful and expressive language that felt exactly true to our current times.”
– Kirjakko ruispellossa (“A Bookworm in the Rye”) literature blog, Finland

In an article in Helsingin Sanomat, Katajavuori described the challenges of deconstructing Finland’s most seminal classic:

“I was afraid. In this country it would probably be easier to write a new interpretation of Macbeth. Ask a passerby anywhere in Finland what he or she deems to be the Great Finnish Novel, and that person would most likely say Seven Brothers. I myself mentioned it when an international colleague asked which Finnish novel everyone should read. After all, Kivi’s book describes Finnishness: the forest, the misadventures, the seasons….however, I don’t understand Kivi’s female ideal. If I did, I wouldn’t have been able to write The Ladies of Seven Brothers.”
– Riina Katajavuori, Helsingin sanomat newspaper, Finland

All the guys are crazy about 17-year-old Wenla Männistö, who is whole-heartedly enjoying her youth. Her mother is the practical but enigmatic midwife Marja Männistö. Alli Jukola, the mother of seven, contemplates the past while lounging on the edge of a cloud. We also hear from straight-talking washer Kajsa Rajamäki and Ansku Seunala, who believes in angels. All the while, the seven slacker brothers of Jukola trade bad jokes in front of the TV. It’s a modern-day deconstruction of Finland’s most famous literary work, Aleksis Kivi’s Seven Brothers (1870), told from a female perspective. 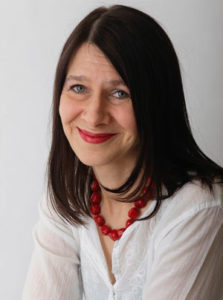 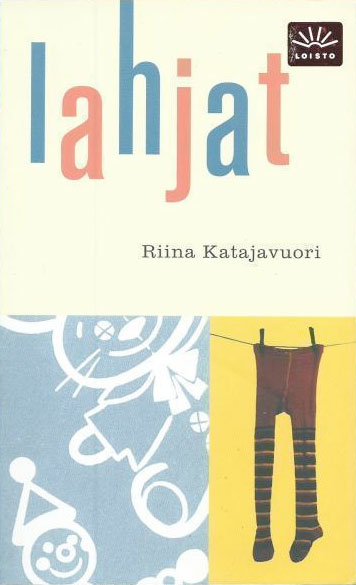