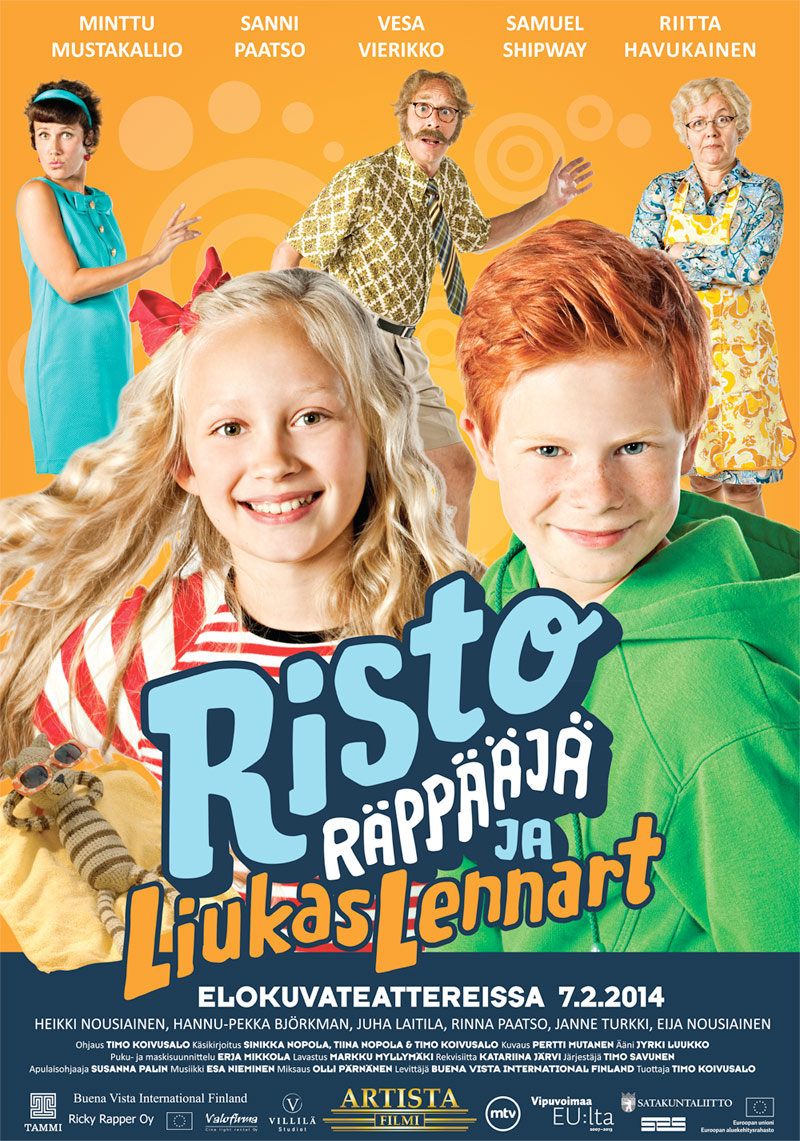 Ricky Rapper and Slick Leonard, the fourth film based on the beloved 13-part children’s book series by Sinikka Nopola and Tiina Nopola, brought more than 57,000 people to cinemas over the weekend. This is 2014’s highest weekend opening in Finland, and the best-ever opening weekend for a Ricky Rapper movie. Including preview screenings, the film has drawn nearly 63,600 viewers. The previous film in the franchise, Ricky Rapper and Cool Wendy, was the most watched Finnish film of 2012.

Ricky Rapper is Finland’s most recognizable modern children’s character. The latest book in the series, Ricky Rapper and the Double, has sold about 40,000 copies since its publication last summer. It also ranked in the top 5 bestselling children’s and YA books each month through the end of 2013.

Sinikka Nopola and Tiina Nopola have also penned the screenplay for each Ricky Rapper film. The 14th Ricky Rapper book will be published later this year.