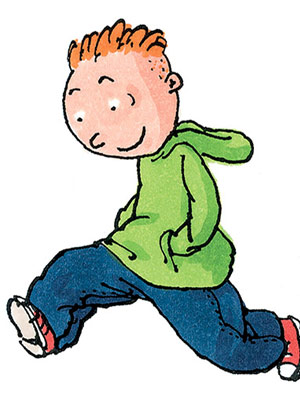 The feature film Ricky and the Nighthawk, based on its namesake middle-grade novel from 2015 by Sinikka and Tiina Nopola, premiered in Finland last Friday. Ricky and the Nighthawk is the sixth episode in the most successful Finnish movie franchise of the 21st century. It broke the box office record for an all-audience film with close to 85,000 viewers on its opening weekend and received enthusiastic reviews in the press.

“Children’s culture is in good hands in Finland. We have skillful authors like Sinikka and Tiina Nopola, who keep the playrooms’ bookshelves fully stacked. A steady flow of music theater and children’s movies is produced based on their book series.”
– Helsingin Sanomat newspaper, Finland

“There was enough humor for all ages, which made the movie enjoyable. Fresh and summery feeling came across well and left a cheerful impression.”
– Episodi.fi online magazine

Ricky and the Nighthawk is the 15th installment in the series of middle-grade books that have been translated into 18 languages and regularly top the Finnish bestseller lists.

About the book:
While on vacation, Ricky and Nelly come across an archeological dig. When a valuable snake ring disappears, Mr. Lindberg is suspected of theft. During the following two nights two other thieves, or “nighthawks,” are spotted at the dig. Is Aunt Fran involved somehow – or Ricky, who is beginning to resemble Indiana Jones?