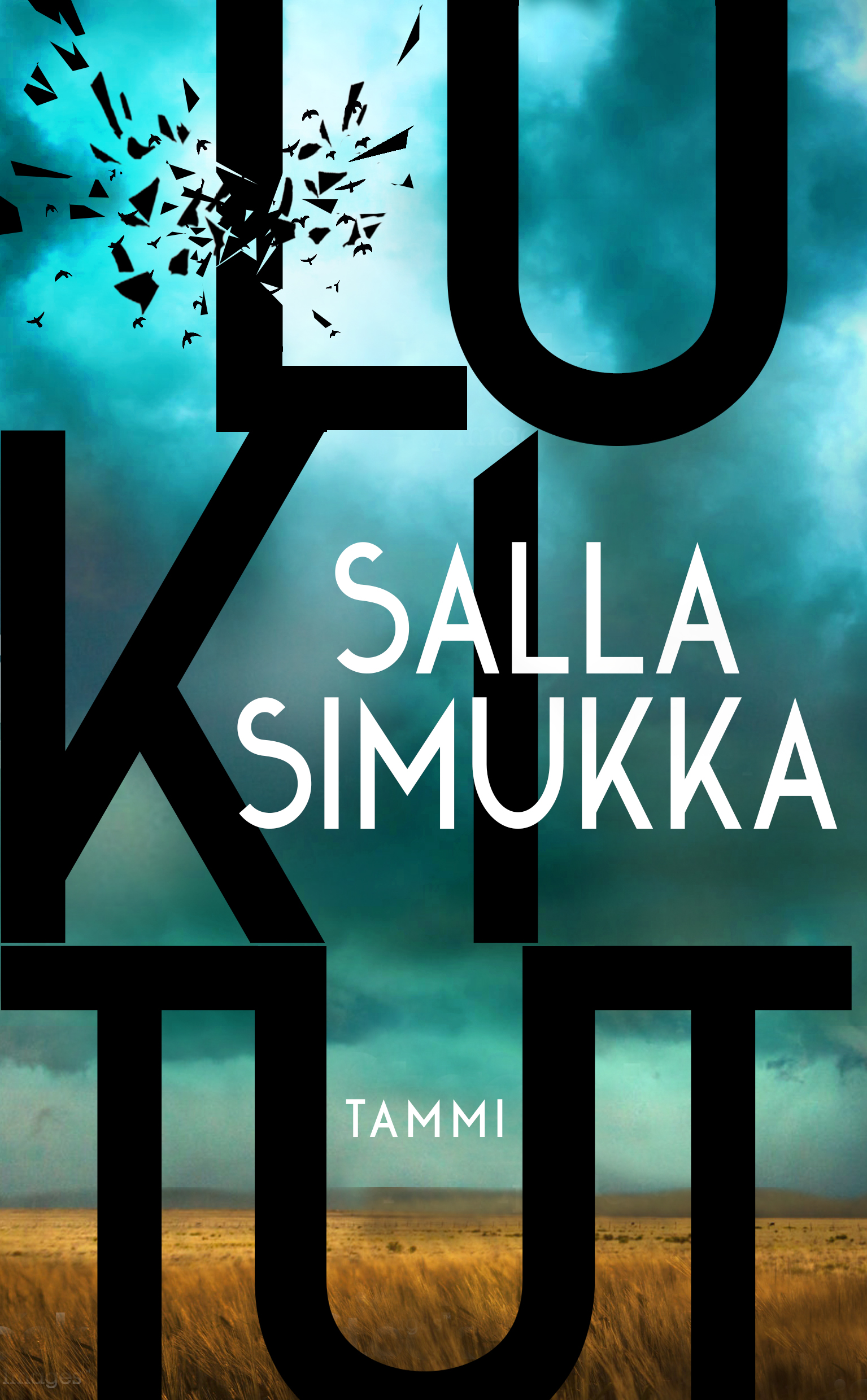 Nobody should be punished for crimes they didn’t commit. What about crimes they were going to commit in the future?

Fifty teenagers aged 16-17 are introduced to a fully automated prison with no guards or other staff. Probability calculations have shown that each of them will commit a crime at some time in their lives that will send them to prison.

This is their last chance. They must solve their future crimes, confess them in the prison’s Confession Room, and demonstrate remorse. If they do, they will be set free. If they fail to discover their crimes before they reach age eighteen, they will remain in prison to serve their full sentences.

A new YA hit by bestselling author Salla Simukka, whose previous Snow White trilogy sold to 52 countries around the world. 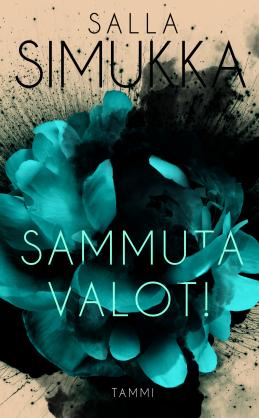 A collection of ”little awesome stories and little awful stories” from Finland’s internationally most successful YA author.

What is the most awful or the most awesome thing that has happened to you? Salla Simukka’s anticipated new book includes little awful stories and little awesome stories about young people’s lives. Why are under-fifteens not allowed in the basement? What happened in Dog’s Head Park? Who makes nightly visits in Klara’s solitary confinement room? What does it take to make out with lights on?

The flip book Turn Off the Lights! Turn On the Lights! shows the both sides of the matter; the stories mirror each other in surprising and exhilarating ways, and the genres range from horror to romance to sci-fi and realism. 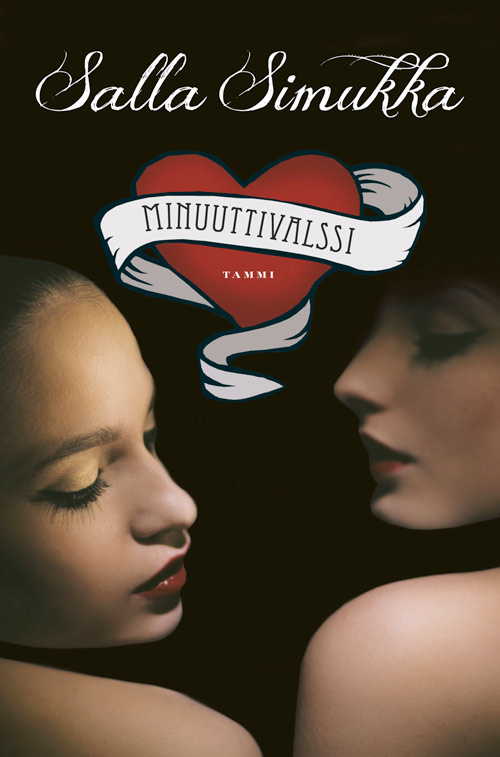 After graduating high school, Kirsikka and Susanna move to a new city together. Kirsikka adjusts to university life, while Susanna reflects on her relationship to her mother, who passed away many years earlier. Faced with the thrills, challenges and insecurities of adult life, the two contemplate the consequences of increasingly weightier choices. How much can be overcome by love? 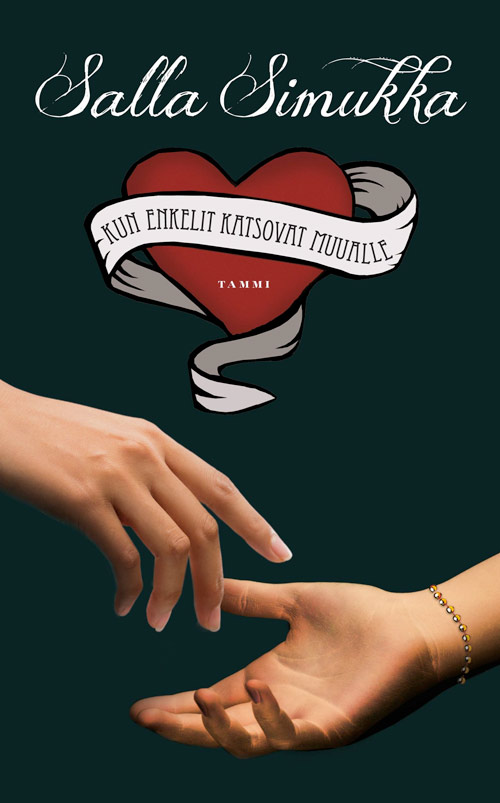 Kirsikka is a high school student and aspiring writer with a supportive family and group of friends. The people closest to her know and accept the fact that Kirsikka is interested in girls. However, when she develops a crush on her classmate Susanna, Kirsikka fears Susanna’s reaction and is afraid to tell her the truth. As their friendship deepens, so does Kirsikka’s infatuation.

Pouring out her thoughts into her writing, Kirsikka struggles to read Susanna’s feelings, and find a way to share her own. It’s as simple as love – except nothing about first love is ever simple. 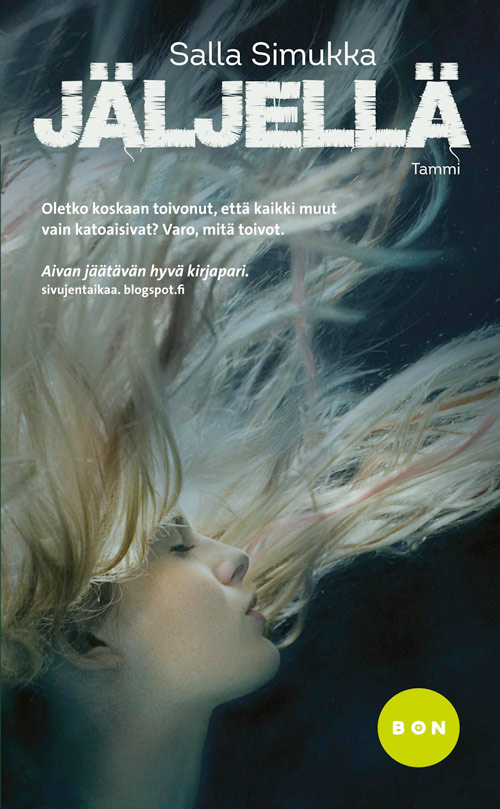 Have you ever wished that everyone else in the world would just disappear? You’d better watch out what you wish for.

Emmi Aalto is a 15-year-old girl who feels like she doesn’t have anything. She hasn’t figured out what she’s good at in school yet; she’s still just a “Potential”. Her family doesn’t seem to pay any attention to her at home. And she has never had any friends. Emmi decides to run away, so she could at least  become the girl who disappeared. But when she comes back home, there’s no one there. Or next door. Or in the entire town. Everyone has disappeared – or have they?

Without a Trace is a mysterious story of the near future, where being normal is nothing. It is also a suspense-filled mystery that sends an avalanche of questions sliding down in front of Emmi. What happened? Who can she trust? Who are her friends? Does she dare to fall in love? Who is sending her fairytales clues, and what are they trying to communicate? Without a Trace tells about loneliness that isn’t inevitable after all, and the courage that lies within.

Elsewhere, a sequel that contains the missing pieces of the puzzle from Without a Trace, was released in Fall 2012.

Winner of the Topelius Prize 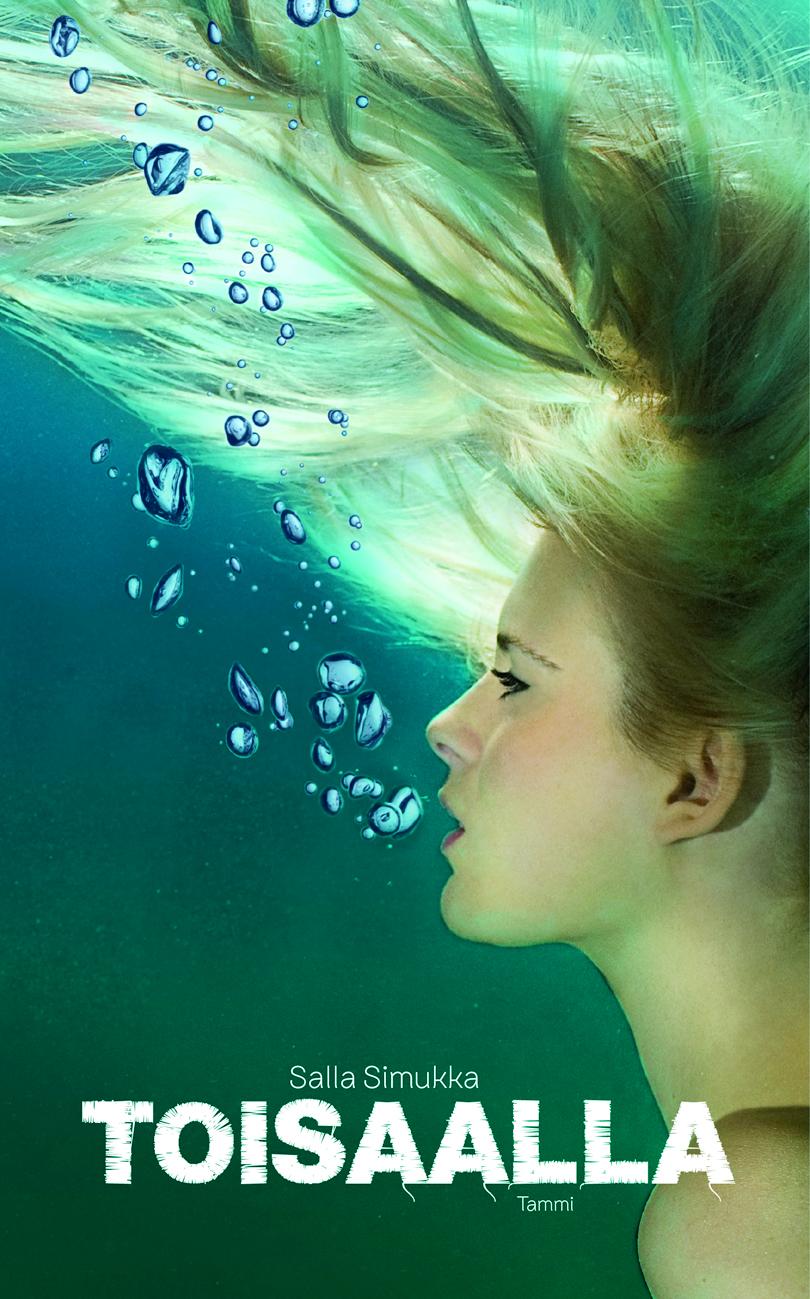 Eighteen-year-old Samuel is the stereotypical nerd. His nights are spent playing on the computer and his days in bed. Now that he has finished school, Samuel is in danger of completely losing touch with society. But then he is invited to join a secret project that pays shockingly well. Samuel is caught up in the construction of a virtual world that is full of surprises. However, the biggest surprise for him is that he falls in love. Everything else loses its meaning when Samuel decides to save Emmi, the girl of his dreams. Elsewhere is an astounding vision of what the world of virtual gaming could become in the near future. It also deals with the difficulties of relationships between parents and children and the inability of adults to cope with many of the problems young people face. And of course it is a story of first love, which is always intense, turbulent and beautiful.

Salla Simukka’s Without a Trace and Elsewhere complement each other as they gradually reveal layer after layer of secrets. Set in Finland in the near future, this thrilling pair of books keeps their hold on the reader to the very last page. 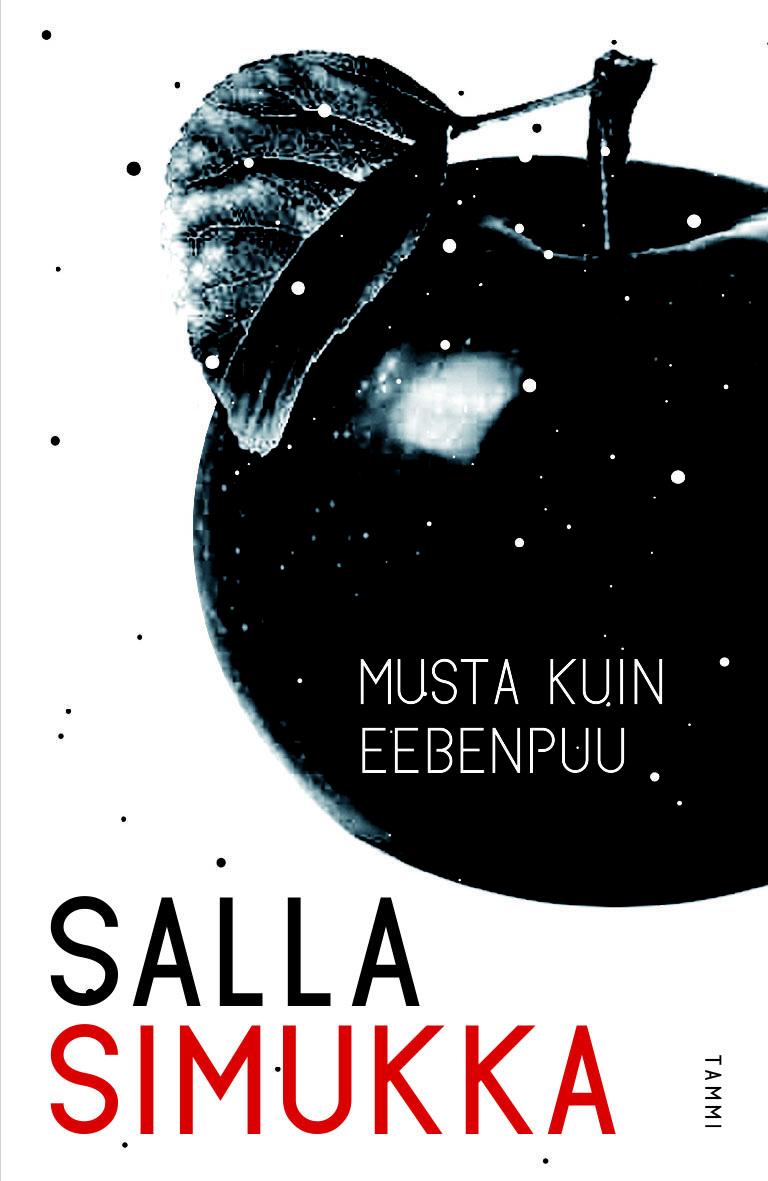 Lumikki Andersson is set to play the leading role in a modern-day version of Snow White at her high school. The rehearsals are going well, and Lumikki seems to have found a stable and loving relationship with the boy playing the Huntsman. As opening night approaches, Lumikki starts receiving notes from a secret admirer whose infatuation soon turns out to be a dangerous obsession. The admirer threatens to turn the premiere into a blood bath unless Lumikki consents to his demands.

Lumikki tries to uncover the stalker’s true identity, and in doing so comes face to face with the darkest secrets from her past: being a victim of bullying at school and the mysterious disappearance of her sister from Lumikki’s life. Time is running out, the opening night is just around the corner and Lumikki has to find a way to outwit the stalker with a soul as black as ebony. 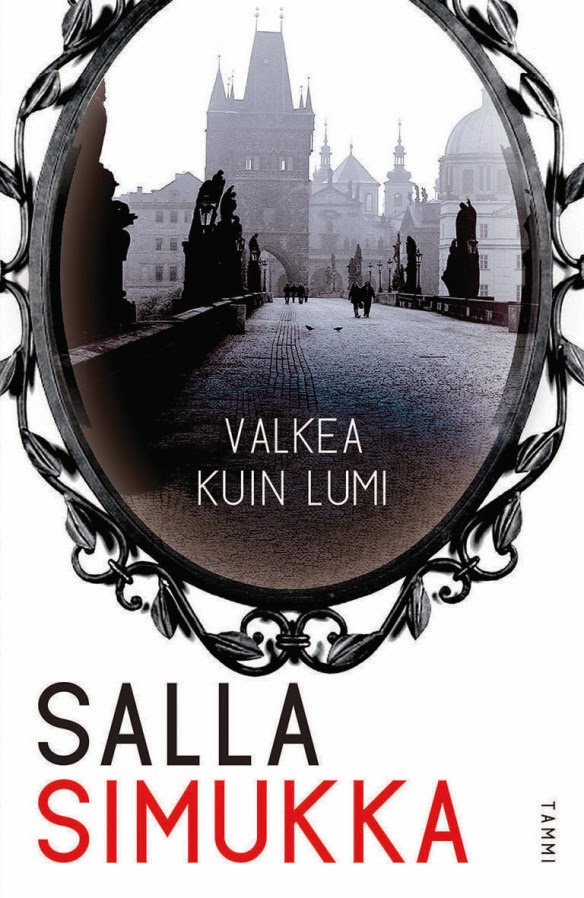 Lumikki Andersson is backpacking in Prague, where the weather is scorching hot. A girl approaches her in a small café and claims to be her half sister. Lumikki’s parents seem to be hiding a secret concerning the family’s past, so the girl’s claim rouses Lumikki’s interest. Despite her erratic behaviour, the girl manages to persuade Lumikki to join a religious family community. Later it turns out that the members are no relation to each other, after all. But it is not until Lumikki learns that the cult leaders are planning mass suicide that she understands just how dangerous the cult is. Furthermore, someone is planning to profit from the tragedy. Lumikki gets acquainted with the streets and graveyards of Prague when she is forced to run for her life to prevent the tragedy. The religion of the cult is not pure; and innocence is not as white as snow. 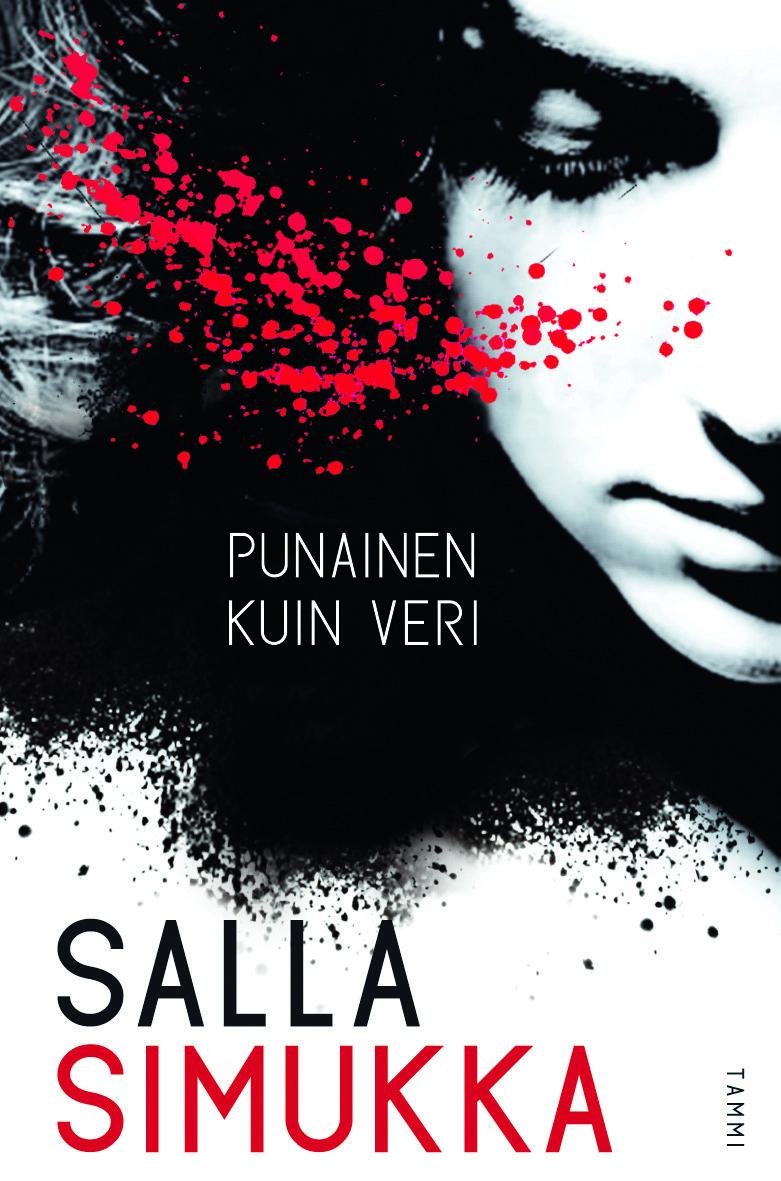 17-year-old Lumikki Andersson goes to a high school of performing arts. She has made it a rule to stay out of things that do not involve her. However, the rule is put to the test on leap day when she finds washed five hundred euro notes hung to dry in her school’s darkroom. It turns out that three students from Lumikki’s high school have in their possession plastic bags containing bloody notes, and soon Lumikki finds herself caught in a tangled web of international drug trade. Elisa, one of the three students and daughter of a wealthy family, begins to suspect that her father, a police officer in the narcotics division, is somehow involved.
Lumikki is swept into a whirlpool of events and faces life-threatening situations on the run from Russian and Estonian criminals. Finally, after four hectic days, Lumikki finds herself in a huge mansion where the mysterious Polar Bear is having a legendary secret party. In the mansion, all secrets are revealed. It’s the coldest winter in decades; the streets of Tampere are frozen and white with snow. And nothing is as red against white snow as blood.

That winter it starts snowing and it never seems to end. Eleven-year-old Alice falls through the snow and lands in the summery world of Sisterland – in a much awaited adventure!

In the heart of Sisterland lies a wonderful garden full of all kinds of peculiar creatures: wind fairies, dream weavers and asking flowers. And in one tree, on a swing, is Marissa. All Alice has ever wanted is a best friend and now her dream has come true! But the girls have not ended up in Sisterland by coincidence. They must find the queen who rules  Sisterland to end the endless snowfall in their own world. However, Alice faces the hardest task when Marissa seems to have forgotten about their friendship.

Sisterland is a story about soul sisters. It’s also a story about the Garden of Secrets, the Sea of Eyes, wolvenflies, about breaking mirrors and freezing splinters.