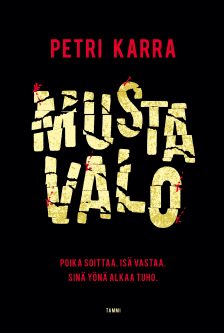 The son calls. The father answers. The next night begins the destruction. A new fast-paced psychological thriller about a parent’s love for their son – and the crimes committed to protect him.

Henrik Valli despises his drug addict son, Niko. They’ve been an unhappy family as long as they can remember. Henrik has done his best to purge Niko from their life. But one night the telephone rings. Niko has made a bigger mess of his life than Henrik ever feared. A father’s love wins out: he has to help his son. It requires a crime.

Henrik’s wife, and Niko’s mother Anna, is a police detective, and they have to hide the crime from her. But that’s easier said than done, and soon the family enters a nightmare, in which everyone’s notions of right and wrong must be re-evaluated. What are you willing to do to protect your child? 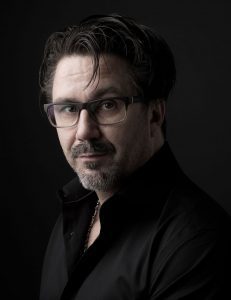 Petri Karra is a writer from Helsinki, who is also known a screenwriter for tv and films. His works are often focused around families, and the circle of life. His debut novel The House of Branching Love (2008) has been made into a feature film, and a tv series based on his novel The Dark Light is currently under production in Finland.