Young Capricia of Wild Castle decides to harness her magical powers, one way or another!

Miss Labina, the greatest sorceress of all time, has left her precious notebook, The Sparkle, to Wild Castle’s old mistress, Crickback, in her will. This is the book Capricia wants to get her hands on!

Warnings go unheeded when Capricia sees an opportunity to become a sorceress herself. At the same time, the mysterious Acabus Hide arrives in town. But why on Earth would a sophisticated gentleman want to settle in the most run-down shack on Nefarious Square? The mystery leads Capricia and her friends Gordon and Myrick to the deepest, darkest secrets of the town, where they will find out whose magic is the strongest in a sticky situation…

“Sigrid Labina was of the opinion, that magic is to be used for good things. But on the other hand, it has been used for bad things too. A teacher can teach, but in the end everyone shall make their own decisions.”

The Sparkle is a follow-up to Wild Castle, written by Katja Krekelä and illustrated by Riikka Jäntti, which was awarded the Tampere City Literary Award 2015, and nominated for the LukuVarkaus award. 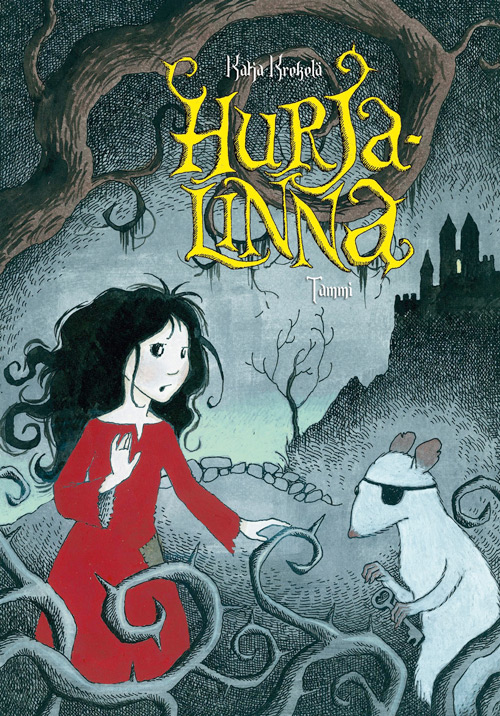 Capricia, a vagabond, knows that there is something different about her – something that is constantly getting her into trouble. She can’t fully understand what, for example, causes a piano to play on its own when she is around. When she encounters a menacing castle hovering over the town of Muddleton, her curiosity is sparked: who are its mysterious inhabitants, and why are they trying to block out everyone from the outside? When Capricia and her new friends uncover the secret of Wild Castle, her life turns upside-down.